Specialized in strategic consulting and office space design, our team of professionals with several years of experience in the sector is used to collaborate, side by side, with the largest engineering and project management companies.

The team deals with the projects with a global and multidisciplinary approach, with a 360-degree view of sustainability, and with architectural and urban planning projects, especially in the service industry both in Italy and abroad; 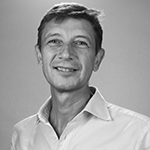 Paolo Mantero graduated in Genova, where he attended Mario Botta’s lectures, and successively worked in Renzo Piano’s studio. After a long and articulate professional experience, both in Italy and abroad, he moved to Milan where he acquired a deep knowledge of all the issues related to office design with Progetto CMR and Luigi Grifone (the senior partner and the “G” of DEGW). In 1999 he founded his own studio and since then he has developed several projects for many clients in the office area including Autogrill, Accenture, Diesel, BNL, Unicredit, together with most recent industrial design projects in the office furniture sector. He is accustomed to collaborate with major Engineering and Project Managements companies, and he faces the projects with a global and multidisciplinary approach without forgiving the artisanal dimension. 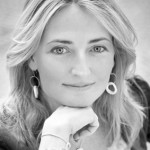 Jolanda Romano graduated in Architecture at University Federico II of Naples. She then carried out professional, consultancy and research activities in Naples for important projects in the sustainable mobility, urban planning and redevelopment of open spaces issues. In 2006 she moved to Milan where she held the position of Project Manager in a large design company for the development of residential and office building projects. In 2013 she started her collaboration with Mantero studio, that consolidated in 2015 when she became associate, starting to deal with important corporate project, including new BNL/BNP Paribas headquarters in Rome Tiburtine and Milan Diamond Building and recently new Roma downtown headquarter of Unicredit. Strong, determined and tireless, she has a key role in the organization and management of the studio. 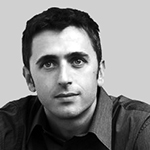 Mario Lauritano graduated in Architecture at the Second University of Naples. He then moved to Milan where he worked as designer and project manager for public, residential and commercial buildings, public spaces and urban planning as part of an important design studio. He’s been active in the bio-architecture field and in the research of eco-sustainable and energy-efficient solutions. In 2015 he joined Mantero studio as an associate dealing with corporate projects with a vocation strongly oriented to the coordination of the various disciplines and to the rationalization and optimization of the project in all its aspects. 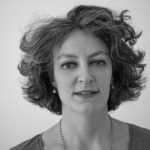 Valeria Ordoño de Rosales Cigalini graduated in Architecture at Polytechnic of Milan, after an experience at the Bauhaus University of Weimar (DE). In 2002 she became consultant for renowned engineering companies and architecture studios with assignments mainly in the design of service industry and luxury retail, both in Italy and abroad, with particular focus to design and coordination aspects of the project: latest examples are the Rothschild Bank headquarters in Milan and the Giorgio Armani and Armani Casa flagship store in London. In 2012 she founded her own studio, for which she personally followed the design of office spaces, residential and hospitality projects, such as Carcierge headquarter in Como, the new Casaforte Express in Milan, the new BCC of Bellagio headquarters, the Santo Stefano resort on the Maddalena island and the recently opened Boutique Hotel Lago in Torno (Como). In summer 2019 she joined the studio as an associate with the role of senior designer and project manager. 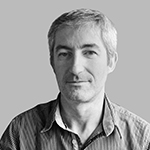 Fabio Zoratti after studies in computer science and vocational training in graphic design industries, he opened his own studio where he worked on editorial projects, graphic design and art direction, dealing with corporate identity and advertising for several companies. He approached the furniture industry following a company magazine for Sinetica, an important Italian office furniture brand, which allowed him to further research and become familiar in this field. His professional experience includes over 20 years of teaching graphic design. His interest for technological innovation lead him to experimentation in photography, through the creation of “immersive” photos that convey 360° panoramas, videos, sounds and texts. In 2016 he joined Mantero studio with the aim of coordinating in a vision all the design aspects related to graphics and communication.

Francesco Passadore  after economic and financial training in Universities of Milan, he began a professional in the fashion and furniture design sectors, with increasing responsibilities in Commercial and Marketing departments, following both Italian and international markets, where he created and organized local Company and sales structures in foreign markets. Among the significant experiences, in the fashion industry is the development of Malo brand, in the luxury Cashmere products area for both men’s and ladies’, with a strong development of “brand awareness” at international level, and in the furniture design industry, his experience in the Sales and Marketing Direction in the Residential division of B&B Italia. As part of this last experience, he took part and coordinated, along with the support of SDA Bocconi Strategic Area, the creation of the Educational course “Corporate Design Institute of B&B Italia” for domestic and foreign retailers and distributors in the furniture design industry. He was also, for several editions, invited lecturer at SDA Bocconi University in the MIfed Master (Fashion, Design and Experience). Finally he joined the Mantero Associati team at the end of 2019, with the aim of expanding the firm’s networks and contacts thanks to his several years of experience in the business development sector.